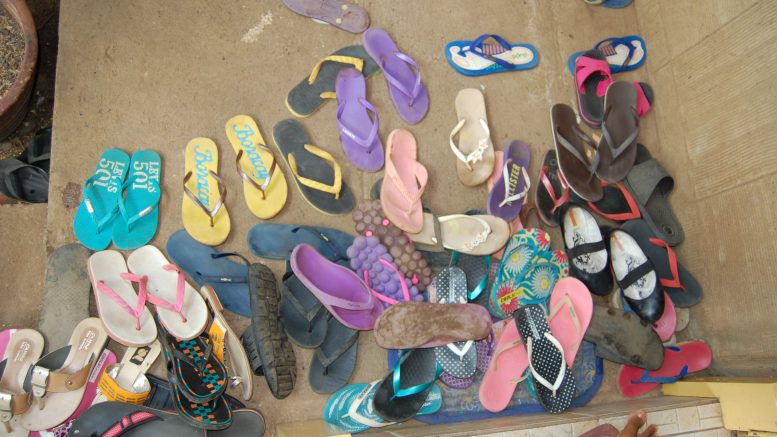 Queen City of the South

While planning my first return to the Philippines in 2013, forty-two years after leaving its shores with my family, I was often told that I would find a lot of changes, changes that harked of ‚progress‘. This word impinged on a deep-seated doubt that haunted me as something bigger, far bigger, that surpasses my understanding, my ability to grasp.

This doubt was all too familiar to me. I come from an earlier generation of immigrants that came out of the Philippines in the 60s and 70s, way before the country’s economy took a nose-dive. Back then, there was the opportunity to explore the world beyond our 7,100 islands. My parents were licensed and practising doctors who had no need to seek economic asylum elsewhere. My father was simply a man who felt restless and confined in an island or two of the 7,100 islands that he could have well thrived in. Yet, over the decades as we crossed oceans and continents, we met more and more immigrants, more and evermore. So, my doubt has roots that go far back and way deep that cannot be plucked away by some mere blanket euphemism in a word such as, ‚progress‘. It does not take sophisticated political theory to sum up the equation. Witnessing the droves of human capital pouring, haemorrhaging, out of any country signals a desperate lack of opportunity back home, where an economy has had its rug pulled under its feet. During my first visit, early 2014, I was far too busy navigating my way through a country from the eyes of my 9-year old self, as

I simultaneously tried to graft myself back into my extensive maternal and paternal family tree, reconnecting with family members I last saw as a child and introducing myself into the lives of those born or married into this family tree after I left. During that first visit, gatherings with family and friends, as well as my delightful initiation in playing golf the Philippine way, left me with little opportunity to see beyond my joyous discovery of how each of my kin were faring, thank God, mostly well.

Yet, I knew all along that something was amiss. That haunting feeling I had remained present in the shadow that followed me. Something was not adding up. Every time I was asked what I thought of the country, all I could say was, „The higher the skyscrapers, the wider the poverty.“ What that meant was not really getting through to me. I knew it superficially and intellectually, but I was not internalizing it, simply because I was physically far removed from ‚it‘. The places I visited in Manila, with a weekend in Cebu City, were in areas away from the poverty that defined my doubt. Indeed, there are changes, but these are changes in specifically zoned and secluded areas, where wealth is concentrated. That cannot be ‚progress‘ in a republic that is overwhelmed by poverty. It hit me square in the face when we arrived in Cebu on our second visit later in the year.

I was stunned. I was shocked.

I am not one to be easily budged into an emotional hysteria. In fact, I am reputed for keeping my cool and my head through stress that throws others into a turmoil. At 52, I have lived enough of life that I thought it would be a surprise if something surprises me.

I felt like I was thrown into some stark blinding light. I felt jolted. I was scrambling in my mind for some reason to explain to me why this is a much larger dilemma than when I left as a child. I am unable to find the words. I don’t have the tears, the broken heart, to even begin the emotional process to bring me to some level of what it takes to face this catastrophic circumstance.

Inside me, I felt like some bomb had exploded, and shrapnel had ricocheted in all directions.

Once we hit the road upon our arrival by plane on the Mactan tarmac, the poverty was palpable even in the dark of night. The following morning, as we made our way to Sumilon Island towards the southern end of Cebu, driving parallel to the coastline, the poverty along both sides of the two-lane street was stark, raw, and endless. Most of those occupying the areas to the left and to the right of the street were mainly small shops and food stalls. The street itself is in perfect condition, a joy to drive on, clean and smooth until the edges where the living chaos of overpopulation thrives. Where I could, I looked down the tiny, narrow paths and streets that lead into labyrinths of homes that had sprouted over decades of some kind of city planning that determined its own course. People emerged out of them, mostly clean and well-dressed, healthy and able, climbing in and out of jeepneys, tricycles and motorbikes to be brought to work or school. Yet, poverty was spilling out up to the edges of the street we were driving on.

And, the freaky part is, these arteries of main roads, be it in Manila, in Cebu, and I am told by an equally shell-shocked family friend, in Baguio, too, once a true pride of alpine nature in the midst of these tropical islands, lead to the most devastatingly, heart-stopping beautiful natural gems of this republic. Most of these are enclaves of luxury living, developed and monopolized for the tourism industry. It shouldn’t take complicated math to set aside funds to improve the lot of the people who inhabit those arteries that lead to these enclaves, but it seems that it is a matter that is extraneous to the pursuit of perfecting these enclaves to the level of international standards for profit.

I have nothing against the pursuit of profit. Make as much as can be had, but for God’s sake, pull together resources and networks to improve the lot of those who do not have the same access to that profit. The cost in terms of currency is a drop in the bucket for such profit-makers, and the sheer act of humanity has no price tag.

There is a rage in me that is volcanic, and is only kept at a low flame by my shell-shocked mind. My intellect is kept at full throttle trying to make sense of everything about me, racing past my shock to find causes and solutions. The words I am trying to grasp at give me little sure footing in this intellectual trek of my lifetime.

I have a long way to go in this quest to find any bit that will make sense to me. My head is in a vice, trapped in by four walls of ignorance, denial, disbelief, and incomprehension. I blame no one but myself. The world got bigger as I grew older. I didn’t have the time, the priority, the means to make my way back, not once.

Until now. The rest of the world does not need me. Here, I am needed.

There are more than enough pockets of need around that speak to me. Whatever I can do, whatever I can give, of whatever I have learned will find a place and purpose here.

I do not aim to save the world. And, I don’t believe that whatever I give will be lauded of any significance. I simply want to get off the fence, step out of oblivion and complacence, and not keep those walls of denial, disbelief, incomprehension that has me locked in a vice.

For now, this much I can say …

I see all about me that we are entertained into oblivion. Shopping malls abound as refuges of escape, of relief, of convenience. There is money to be had – obviously. Consumerism makes it so easy to slide on the moral blinkers with the ease we exert in putting on 3D glasses we put on at the cinema.

Like it or not, we are about poverty. We are as much a part of the poverty that surrounds us, even if we plug our ears with music and audiobooks, fill our eyes and mind with whatever suits us, and navigate our way to our destinations within the comfort of our air-conditioned cars. Wealth, in all its relative levels, may distance us from ‚it‘. And, it does a great job at keeping that distance, a distance that no matter how far or how near, will inevitably bring us back to that poverty.

The virtues we hold as a people may just be the root of our demise. Our resilience to survive is incredible, yet it may keep us tolerating the intolerable, rather than demanding for changes to get us out of this poverty. Poverty alleviation is only the first step to take towards sustainability…

I once told an Austrian golf buddy of my husband, „Your people have a major crisis when you lose one cent. Our people have made it an art of survival to live with poverty. But, once we are one second in the sun, then you will see us in a crisis.“

Our people have been awarded the recognition of being the happiest people on the planet, just behind the people of Iceland, until they were hit with their economic crisis.

Our resilience as a people is as much our life-skill for survival, for sanity, as it is a complacence that is our own demise. In a Catholic mass sermon I heard in Calbayog, the priest admonished everyone for accepting poverty, not as a condition, as it was in the past, but rather as a justification to qualify for government support. We are a people of deep-rooted faith, yet we sin against one another in our oblivion, in our complacence. No amount of remittances, not enough of our children in this generation, and the next, can go abroad, to alleviate this poverty. It demands each of us to be part of that process. It demands our lifelong commitment. It demands each of us to look beyond ourselves. In this, we have no one to blame or take responsibility for but ourselves. ‚It‘, for as long as it exists, will remind us of that – in our face.

My thoughts and perspectives are a pittance to the enormity of this complexity. Yet, my heart and soul is demanding of me, „Do something! Do something! For God’s sake! Do something!“. My intellect is not grown for such a demand. It simply shirks at the face of ‚it‘. There is only a fathomless sense of helplessness, that I am hoping will move me to find my way through this mind-boggling experience – once I know where to begin. 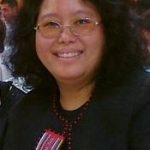 Mae is a staff member of the United Nations and the European Network of Filipino Diaspora (ENFID) representative for Austria.

I am a Filipina, residing in Vienna since 1990, and designated 2016-2017 Country Representative for Austria by the European Network of Filipinos in Diaspora (ENFID). I have been employed as a United Nations International Civil Servant since 1992, and have been a published contributor to the United Nations Society of Writers based in Geneva. My passion for reading and meeting with a culturally diverse community is the basis from which I cultivate my craft as a Creative Non-Fiction Writer. Through this endeavour, I am committed to serve the community, both locally and globally.