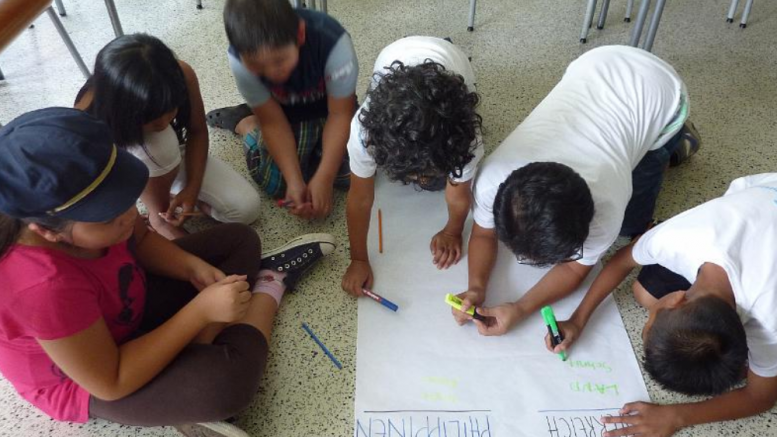 „Common diversities: Young Filipin@s in Austria and Europe“ / „Gemeinsam verschieden. Junge Filipin@s in Österreich und Europa“ has been one of the most ambitious projects of Sentro. A dream that was born after the establishment and publication of the first articles of Servus Pinoy! online magazine. On a chilly winter evening in a Viennese restaurant, Ralph, Christian and Arlene were sipping on their glass of Zweigelt.

Reminiscing about the completed projects and planning the upcoming activities of Sentro, Arlene could not contain her excitement and had to share her dream with Ralph and Christian. That dream grew up into an idea and with Josh it became a concept.

Emails were sent, telephone calls were made. Ralph used his wide network of contacts to reach out to the renown subject experts to ensure the quality of the book. Arlene met with potential young authors and scientific advisors and ’sold‘ them that dream – and it was immediately ‚bought‘. Within weeks after the raw concept was prepared, Ralph had already contacted three scientific advisors and were able to convince them without having met with them or knowing personally Ralph nor Sentro.

Each author, each scientific advisor believes how important the project’s goal is. Everyone is convinced by the objective to produce for the first time a book that is written mainly by and for the Filipino-Austrian youth and their friends from Austria to Germany to Canada.

But what is the book all about?
This book will tell their origin, their stories. Arlene believes that the youth themselves can paint best their own collage of beliefs, dreams, experience, and insights.

This will be a potpourri of socio-cultural, economic and political reflections based on the authors‘ scientific research and study and their personal experiences.

Neither the book will claim its place in research, nor in its scientific relevance, but rather will aim for understanding the challenges the young Filipino-Austrians, Filipino-Germans and other children of mix cultures are facing in a diaspora. The authors will demonstrate their critical and analytical strength on how they perceive some of the socio-cultural, economic and political issues of their parents’ country of birth.

It is about an attempt to define one’s own identity. It is about that desire to convey others: „I am solely responsible on determining the components of my identity and I take every challenge, whether externally or internally, to shape this identity and live it with pride.“

That dream has evolved into a book project that will soon become a legacy of those young people.

The book will come to life thanks to the dedication and volunteerism that each one who has been involved, has committed to its objective. Every author and every advisor will contribute to this undertaking pro bono.

The financial hurdle that lies ahead for the publication, marketing and distribution of the future book will yet to be handled. But for now, we are exultant that the first drafts of the book chapters are on their way to our scientific advisors.

When Sentro Team will present „Common diversities: Young Filipin@s in Austria and Europe“ / „Gemeinsam verschieden. Junge Filipin@s in Österreich und Europa“ in autumn of 2021, glasses will be raised again, but this time with many young people who would find their similar stories told.